In the last tutorials, you built a User login/logout feature to your App using the Parse.User class. Now you will learn how to use Facebook FBSDK Login to retrieve user data from Facebook and log in, sign up or link existent users with it. You will also install and configure the react-native-fbsdk lib to achieve that.

The Parse.User.linkWith method is responsible for signing up and logging in users using any third-party authentication method, as long as you pass the right parameters requested by each different provider. After linking the user data to a new or existent Parse.User, Parse will store a valid user session in your device. Future calls to methods like currentAsync will successfully retrieve your User data, just like with regular logins.

The most popular way to add Facebook login on React Native is using react-native-fbsdk to handle it. Since this library configuration depends on your development environment, target platform, and preferences, set it up following the official docs.

Note: If you are developing for iOS, make sure that your project has support for Swift files, containing a Bridging Header. Also, pay close attention to where you add the Facebook App IDs inside your info.plist file and if your Pods files are correctly generated.

Let’s now create a new method inside the UserLogIn component calling Facebook FBSDK authentication modal with LoginManager.logInWithPermissions, requesting permission only to access the user email. If the user successfully signs in with Facebook, you can then call AccessToken.getCurrentAccessToken to retrieve the user access token from Facebook. After that, you still need to get the user id and email using a GraphRequest through FBSDK GraphRequestManager.

Note that after the GraphRequest succeeds, this function uses Parse.User.linkWith on a new Parse.User object to register a new user or log in a previous one with these credentials, passing his Facebook authentication data accordingly.

Add this function to your UserSignIn component and assign it to your Facebook button onPress parameter. Go ahead and test your new function, you will see that the user will be redirected to your home screen after successfully signing in.

To make sure that the Facebook sign-in worked, you can look at your Parse dashboard and see your new User (if your Facebook authentication data didn’t belong to another user), containing the Facebook authData parameters. 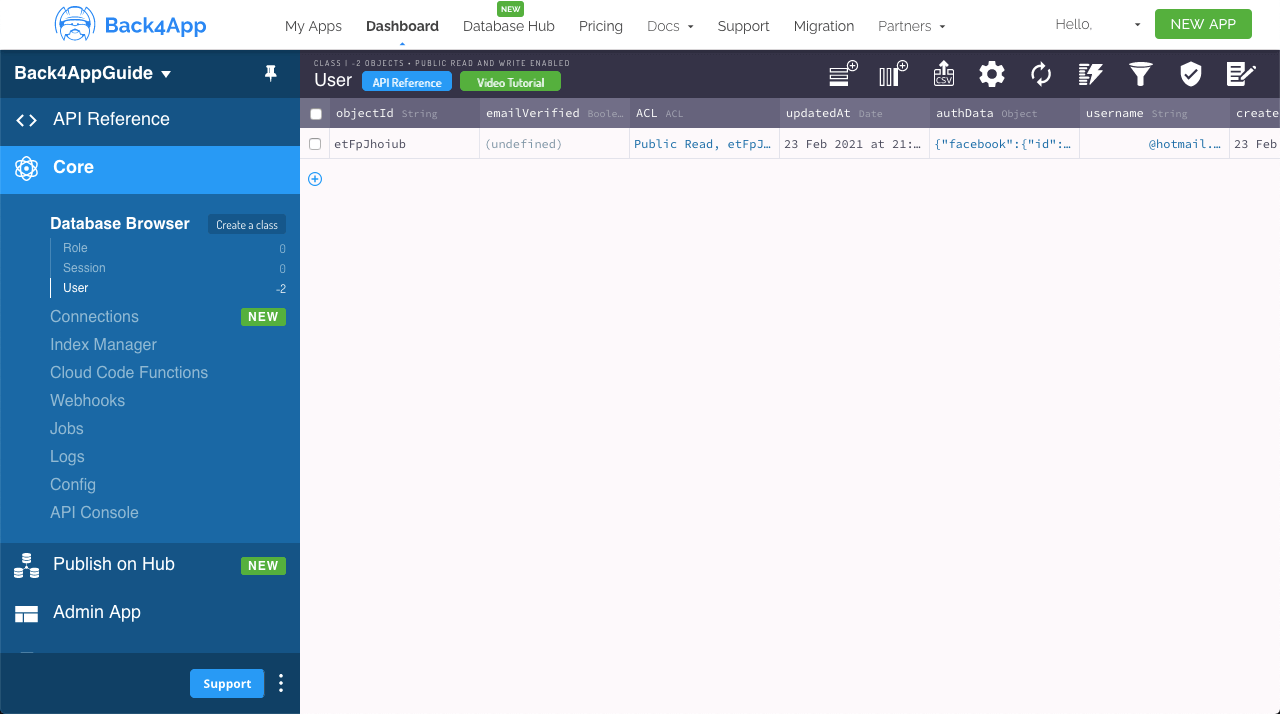 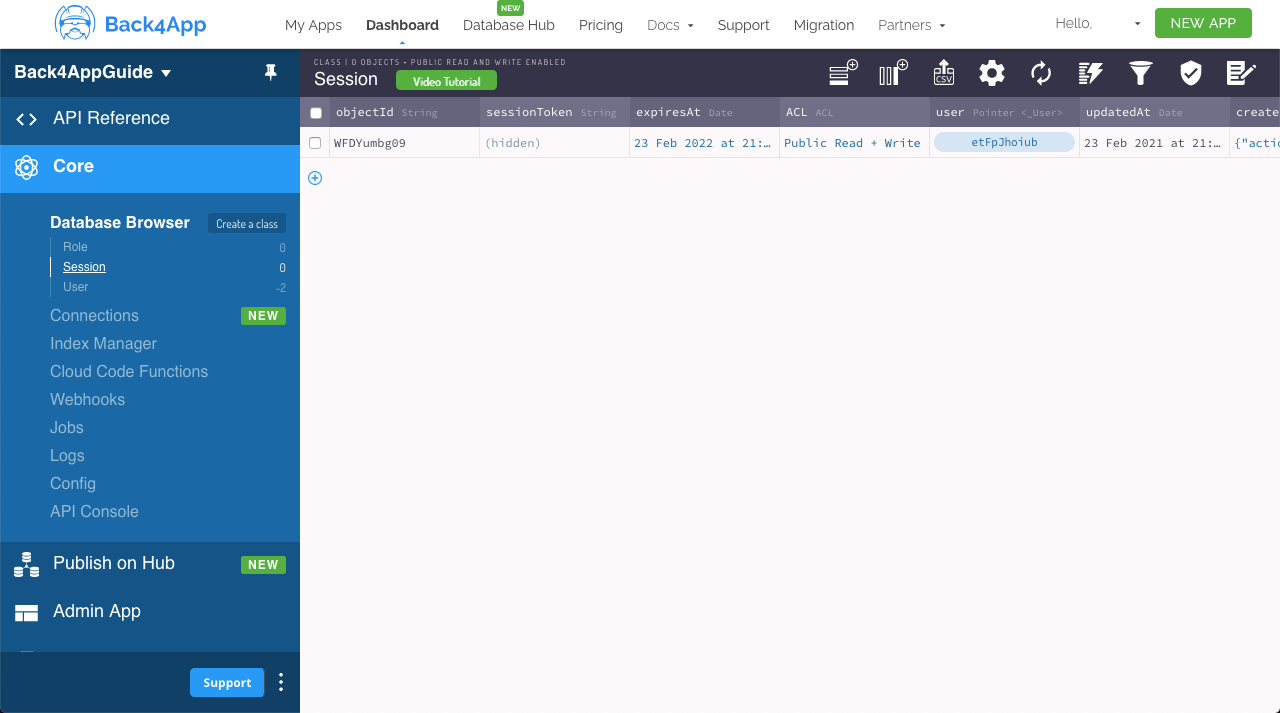 Another linkWith possible use is to link an existing user with another auth provider, in this case, Facebook. Add this function that calls linkWith the same way you did in UserLogIn to your HelloUser component or directly to your home screen. The only difference here is that instead of calling the method from an empty Parse.User, you will use it from the logged-in user object.

Assign this function to a Facebook button onPress parameter on your home screen. Test your new function, noting that the Parse.User object authData value will be updated with the new auth provider data. Verify if the user has indeed updated in your Parse server dashboard. 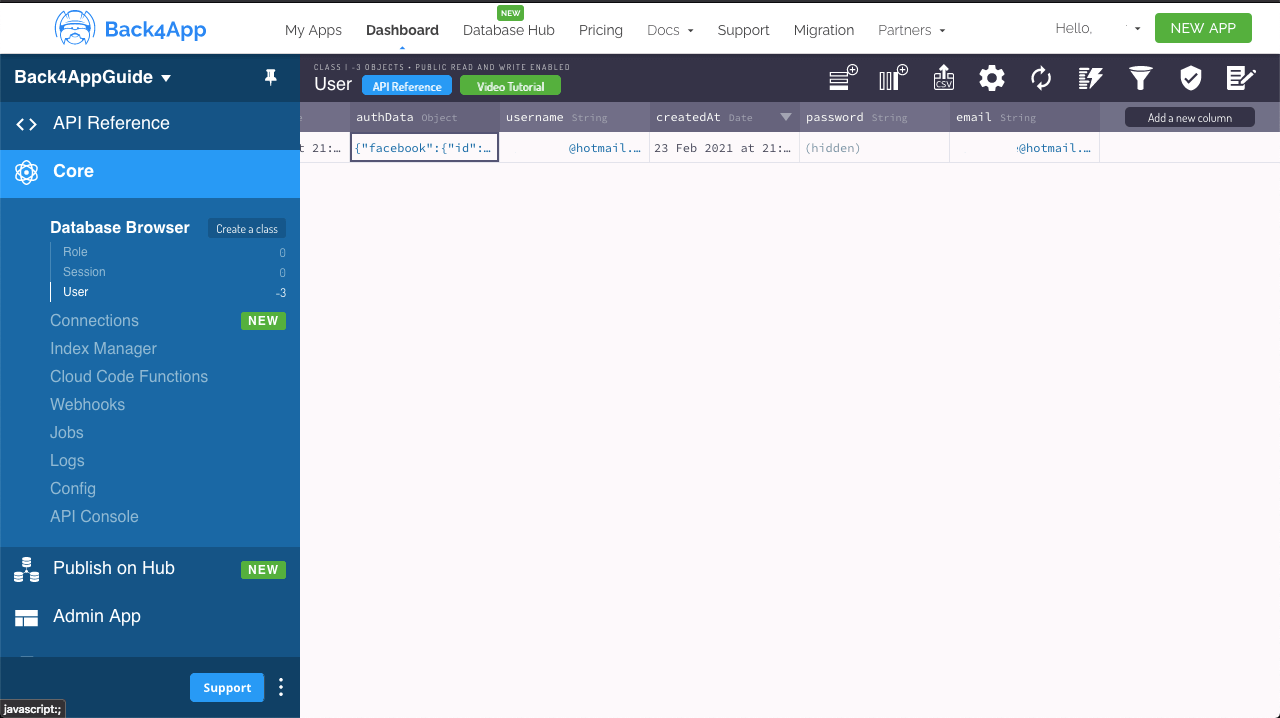 At the end of this guide, you learned how to log in or sign up Parse users on React Native using Facebook FBSDK Login with react-native-fbsdk. In the next guide, we will show you how to perform useful user queries.