In this section you will learn how to install Parse iOS SDK into your Xcode project.

In this tutorial we will use a basic app created in Swift with Xcode 12 and iOS 14.

Follow this step if you haven’t yet installed Parse iOS SDK.

Xcode can use CocoaPods as dependency manager for Swift and Objective-C Cocoa projects.

You can refer to CocoaPods Getting Started Guide for additional details.

To install CocoaPods, open your terminal, copy the following code snippet and paste it in to your terminal and hit return:

CocoaPods should install automatically after you enter your password. If there’s a problem you may need to upgrade your local version of Ruby.

Next open up the Xcode Project folder and open a terminal window in that folder.

Now you are going to create a Podfile. Copy the following code snippet and paste it in to your terminal and hit return:

If your folder now shows your Podfile you did it correctly.

Be careful, If you don’t see the podfile make sure your terminal is actually inside the project folder..

Next open your Podfile with Xcode or any text editor and under each target add “pod ‘Parse’”. 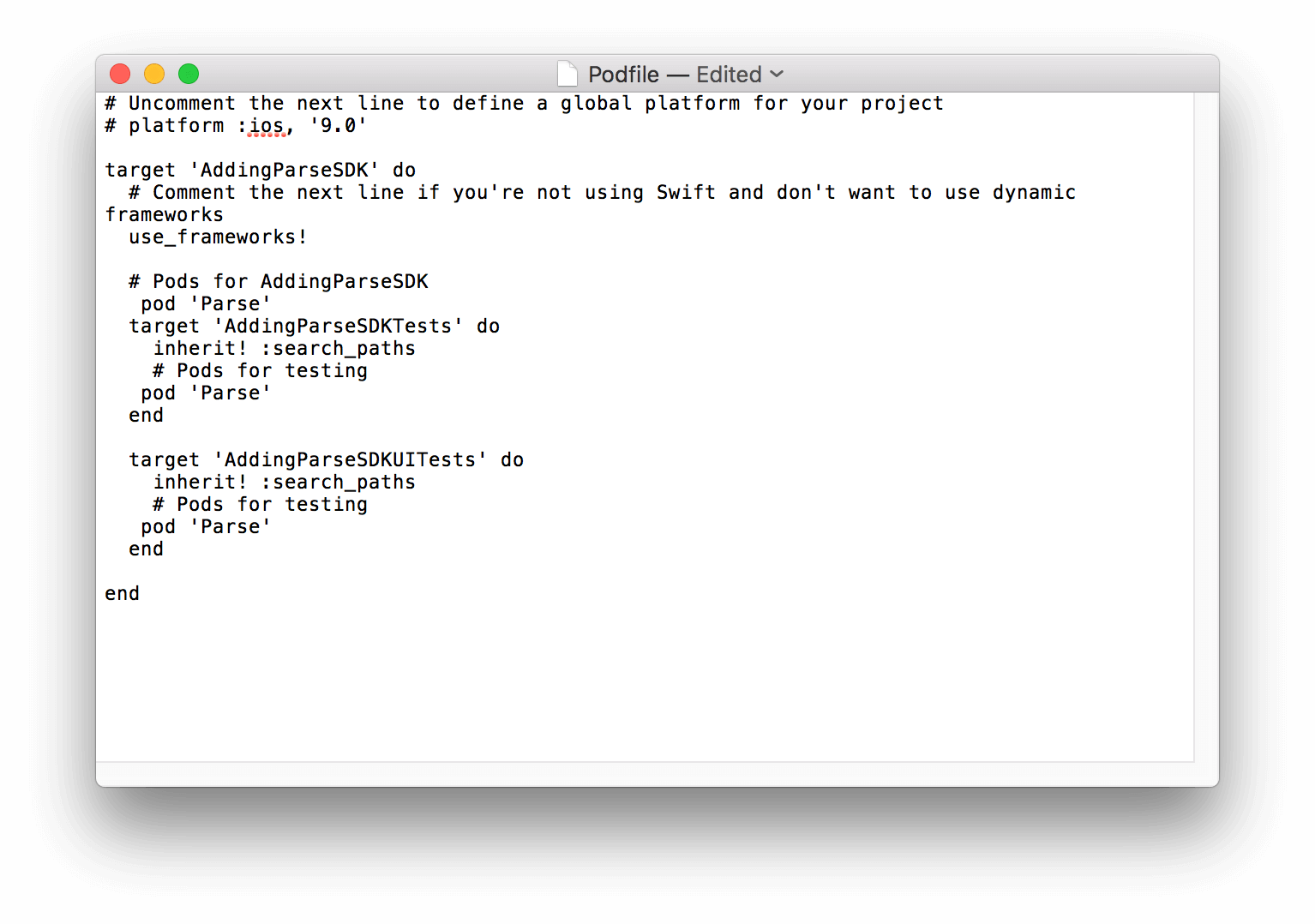 CocoaPods will rebuild the project as a workspace and your project will now look like this.

Congratulations! You have now installed the Parse iOS SDK

At the top of your AppDelegate.swift file make sure to include Parse as a module by including the follwing code snippet right below ‘import UIKit’. 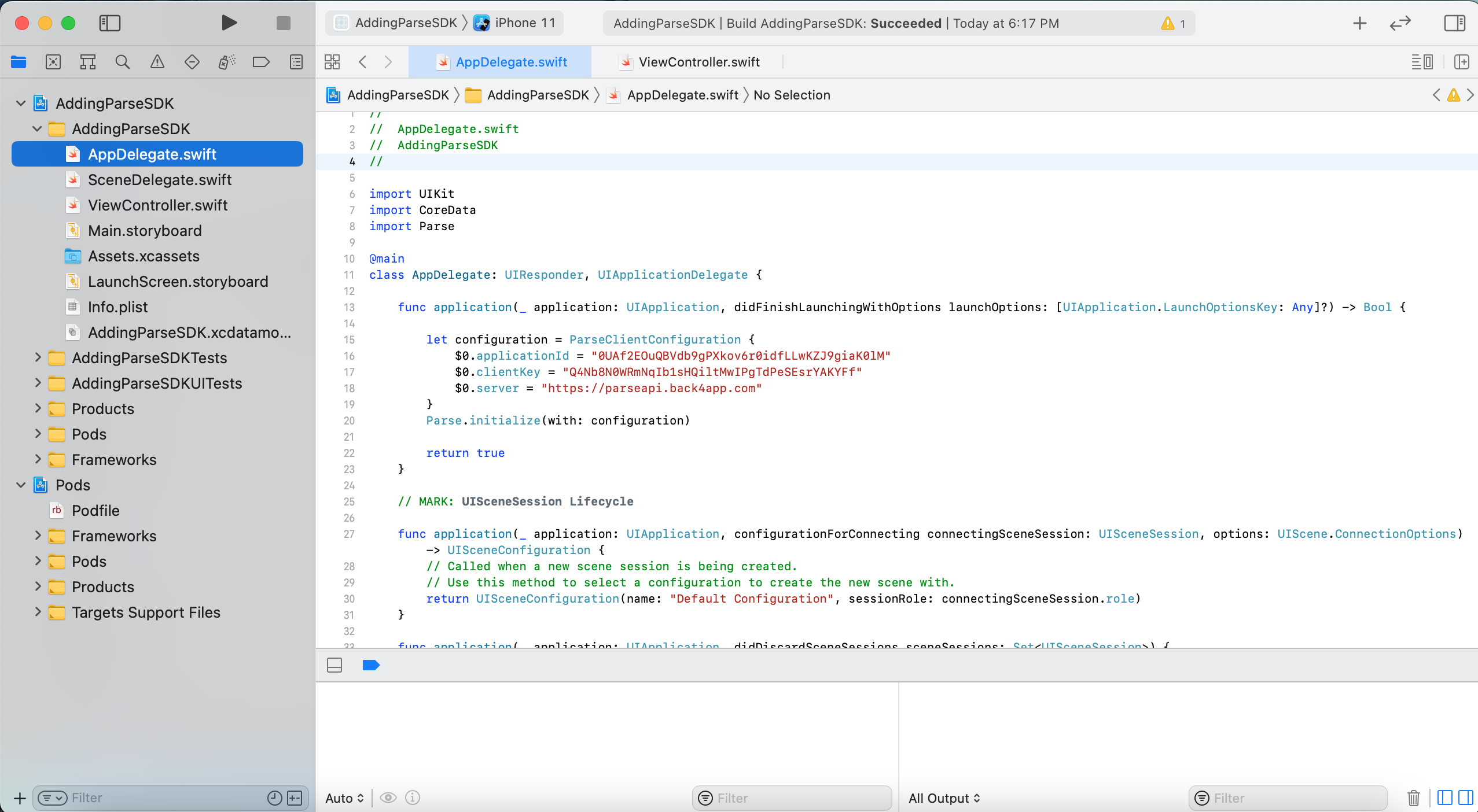 Be careful, If Xcode tells you there is No Such Module ‘Parse’ there’s an easy solution. In Xcode open ‘Target > Build Settings > Search Paths > Framework Search Paths’ and then add two values: ‘$(PROJECT_DIR)’ and ‘$(inherited)’. Xcode will now be able to find your Parse module.

At the top of the file make sure to include Parse as a module by including the follwing code snippet right below ‘import UIKit’.

Inside the function called ‘viewDidLoad’ add a snippet of code below the code that configures parse.

Then add a function below viewDidLoad() method. 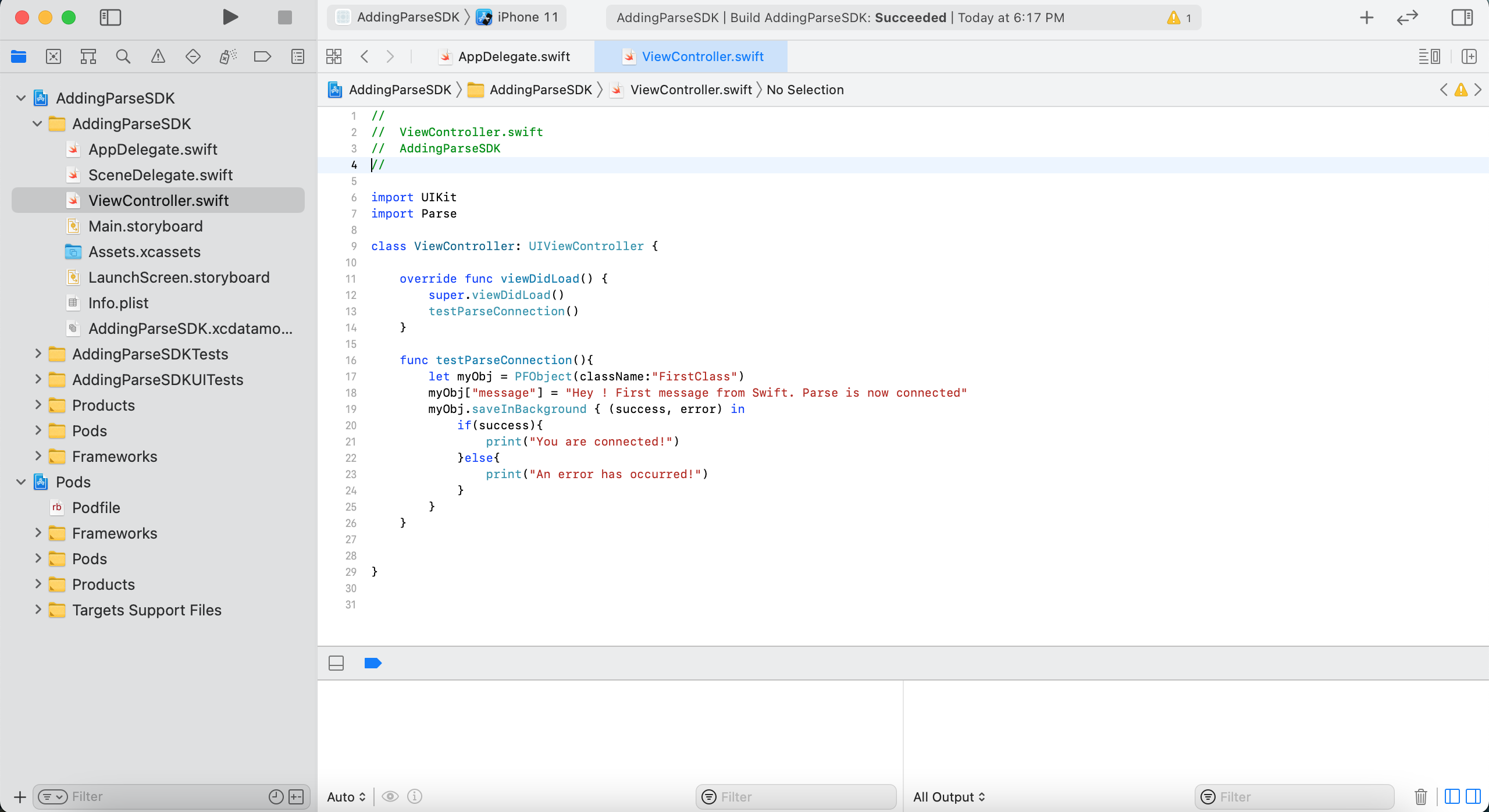 If everything works properly, you should find a class named FirstClass as follows:

At this point, you have learned how to get started with iOS apps. You are now ready to explore Parse Server core features and Back4App add-ons.