In this section you will learn how to manually install Parse iOS SDK into your Xcode project.

In this tutorial we will use a basic app created in Objective-C with Xcode 9.1 and iOS 11.

Download Parse’s latest version from Github.
Extract the file and keep the Parse.framework folder that you will be using soon.

Parse depends on Bolts Framework in order to work.
Download the latest version of Bolts, build it and keep the Bolts.framework folder.

Step 3 - Add the Libraries to your Project

Parse relies in a number of libraries in order to work. Please add the following libraries to your project:

At the end, your project target must look like this: 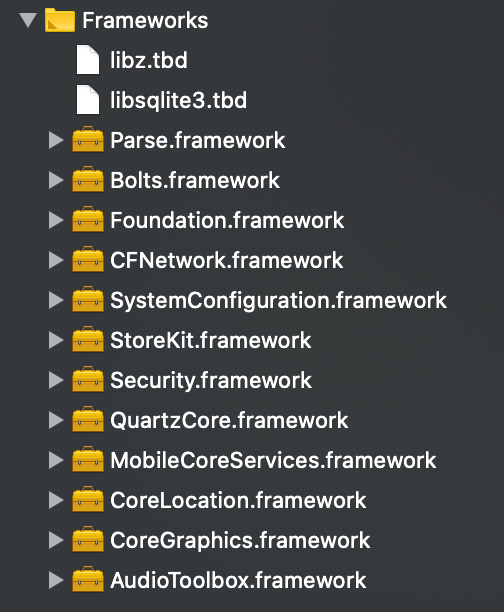 At this point, you have learned how to get started manually with iOS apps.