Since you are here, you must have gone through the rest of the tutorials and are familiar with executing GraphQL queries and mutations to fetch and mutate the data. In this docs, we are going to explore how to implement an offline first user interface with Flutter and GraphQL.

Flutter GraphQl client supports “offline queries” by default, that is it will not throw errors if we query some GraphQL data when offline and would fetch the data from cache.

We have to note that this is different from persisting the cache across app sessions and specifically the flutter graphql client does not have cache persistence to disk. So if the app closed from the system tray and reopened the data would still need to be fetched.

For implementing the same we would be leveraging the flutter shared_prefrencces library. It wraps platform-specific persistent storage for simple data (NSUserDefaults on iOS and macOS, SharedPreferences on Android, etc.), essentially allowing to store data offline in a very simple manner.

For installing the library please add in the pubspec.yml file

In main.dart add the following:

Shared Preferences library stores data in a key-value form where value gets stringified into a JSON string. We will need to parse this data to our data model.

We will create a new file called programing_languages_model.dart. Which will store the parsing logic. We will generate this logic by pasting our graphql response in the JSON to dart model converter at https://app.quicktype.io/ 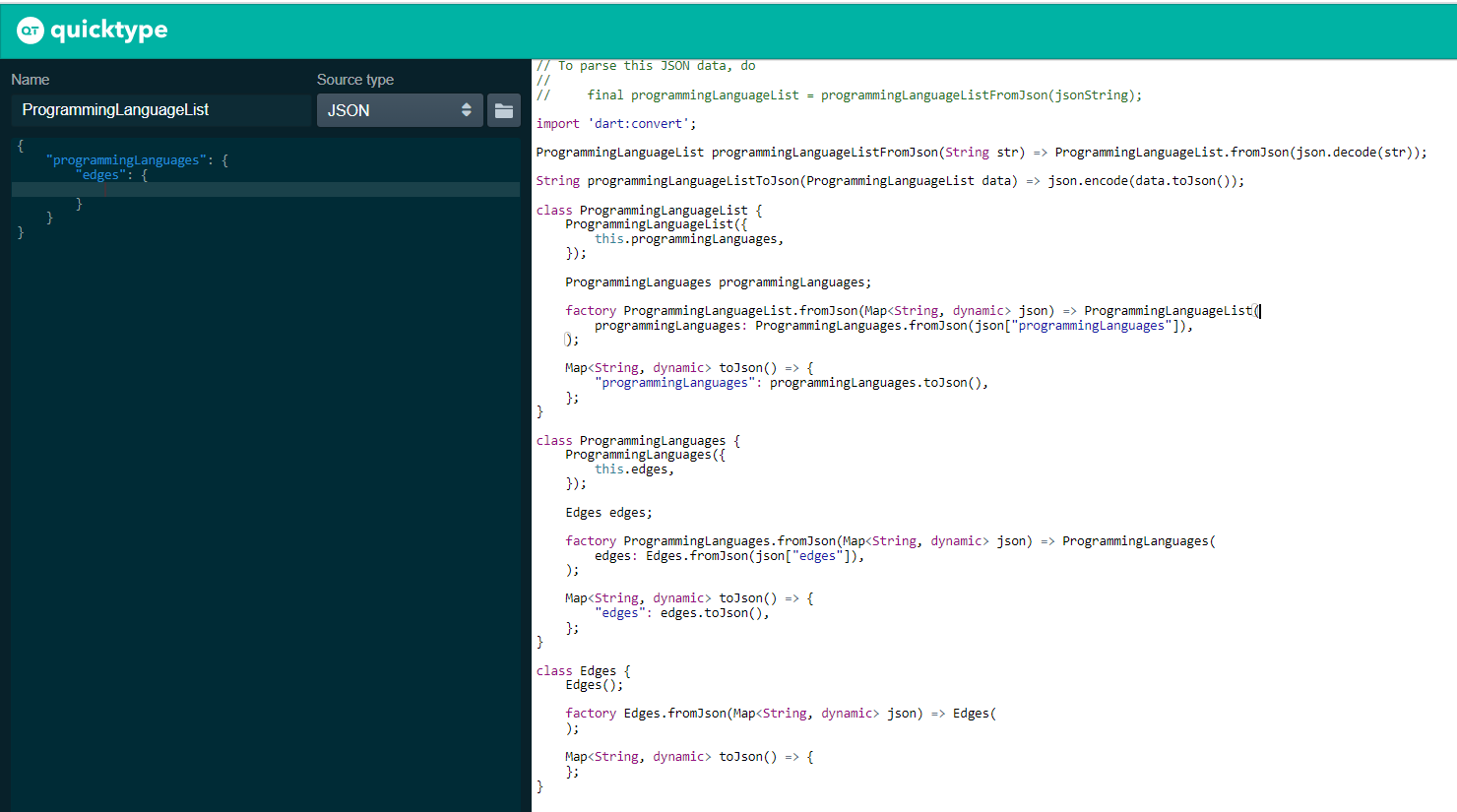 We will now implement changes to integrate all the changes together, in the build method of our _MyHomePageState we would change our build method. We would use the FutureBuilder widget to consume data from the SharedPreferencesHelper class.

Using the FutureBuilder widget allows us to write code without having to use state. It is a relatively quick process to get the data from shared preferences. We could also show a loader while we are initialising the shared preferences and are getting data from an offline store.

We now use this offline data object and render while data from GraphQL is not available. We will also refactor the code a little bit. Following will be our code for the Queryhttps://github.com/templates-back4app/Flutter-GraphQL/blob/flutter-graphql-offline/lib/main.dart widget.

We should get the following:

We are now able to ensure a very good mobile experience by storing the data offline and revalidating the data when the application gets connected to the internet. Also, one important aspect that is enhancing the user experience is that the flutter-graphql client caches the old response and while sending a new request automatically. Because of which we don’t have to keep showing clumsy loading screens, while re-fetching data.

The code for the article is available at: https://github.com/templates-back4app/Flutter-GraphQL/tree/flutter-graphql-offline