This section will teach you to generate a Code Complexity report of your Cloud Code using Plato.

Cloud Code must be efficient from design. As it is called many many times, a slightly worse performance can become a huge problem and affect your production environment badly.

If you take your time to design your clode code efficiently, you will be able to serve more requests using smaller servers, which can lead to huge savings over time.
On the other hand, badly designed cloud code can only scale up in bigger, more expensive machines, which also has limitations. This situation can and probably will lead to the necessity of rewriting code and more spendings over time.

First off, we need to talk about Plato

We usually start developing by creating a smaller set of functions that break a big problem into smaller, easier to address ones.
This approach is usually fine and these initial smaller functions grow over time, making more complex operations and dealing with more data.
As data grows in your application, computing intensive tasks such as loops and recursive calls get called more and more, which tends to slow the application. In severe cases it might even freeze the application completely.
This is where Plato comes in.

Plato is a JavaScript source code visualization, static analysis, and complexity tool that generates reports showing how complex your application is getting and where to address fixes to potentially speed up processes.

If you have NodeJS and NPM installed in your system, installing Plato is as easy as typing

If you don’t, please install those before proceeding.

Running Plato after installation consists of typing the following command from the directory where your Cloud Code is:

In the MyReportFolder creted by the command above, you will find an index.html containing the report. Open that file in a browser and you will find something like this: 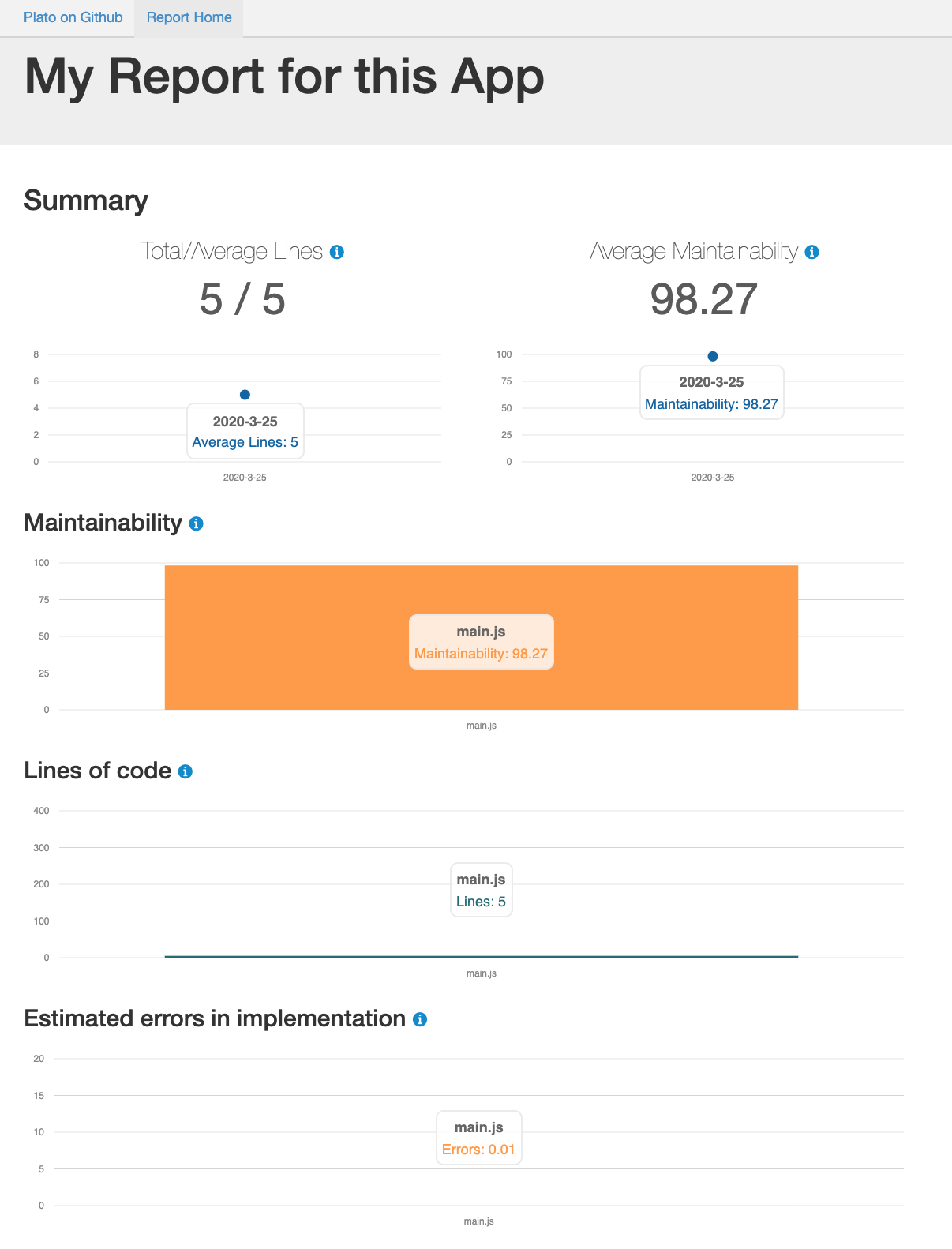 In my case, I only had a file named main.js, but depending on your code, you can have more files.
Scroll down to the Files section and click the file name you want to open (main.js in my case). This will open the report for that file: 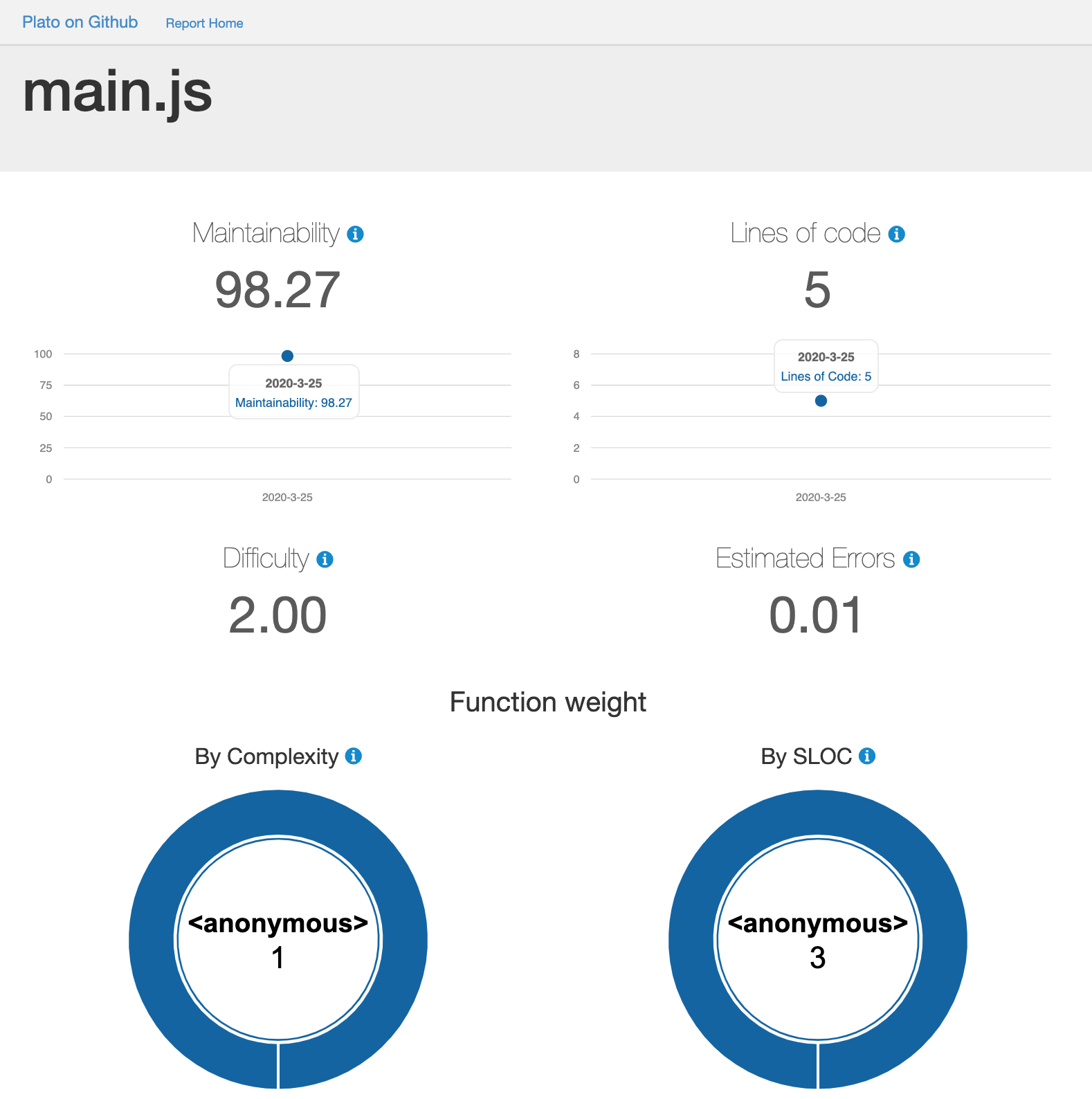 The Function Weight has two metrics:

Now you can scroll down and watch the alerts and possible fixes that are suggested:

In my case, it is telling that arrow function syntax (=>)' is only available in ES6 (use 'esversion: 6'), which is not a problem.
But let’s add some very inneficient code to that function and re-evaluate:

And evaluate the result: 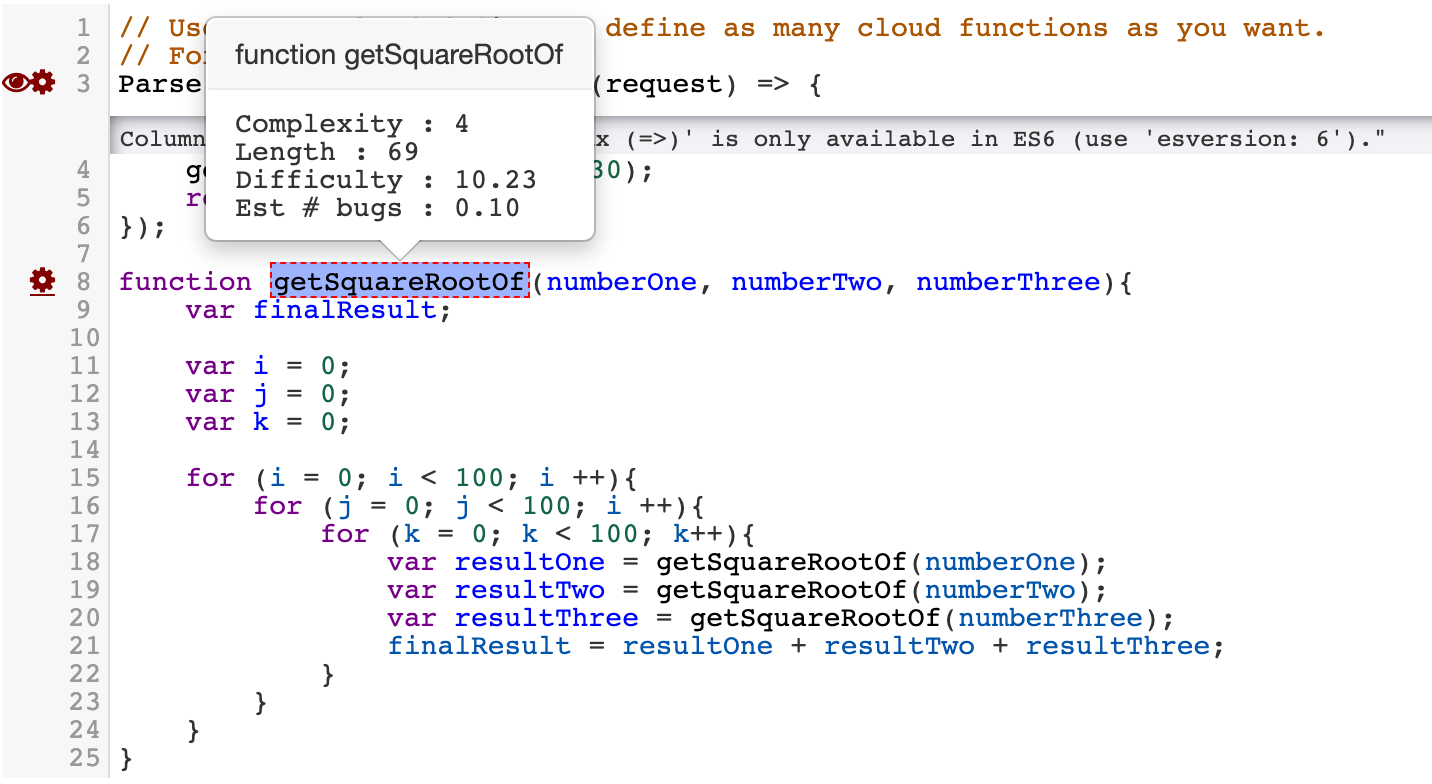 As we can see, the complexity of this function is 4, which is OK. The higher the number you get, the more complex the function is and the more you should ensure it is efficient.

Plato will also warn you of missing semicolons and other potential Javascript errors.

Having a tool such as Plato checking the complexity of your code and continuously reworking cloud code to be as fast, efficient as possible can lead to huge savings over time.
You and all developers should include this step or something similar in your development process to ensure you get the most bang for your buck serving requests.