In this guide, you will perform geoqueries in Parse using the React geolocation. You will implement a React component using these queries and learn how to set up and query realistic data using Back4App and React.

Let’s create a City class, which will be the target of our queries in this guide. On Parse JS Console it is possible to run JavaScript code directly, querying and updating your application database contents using the JS SDK commands. Run the code below from your JS Console and insert the data on Back4App. 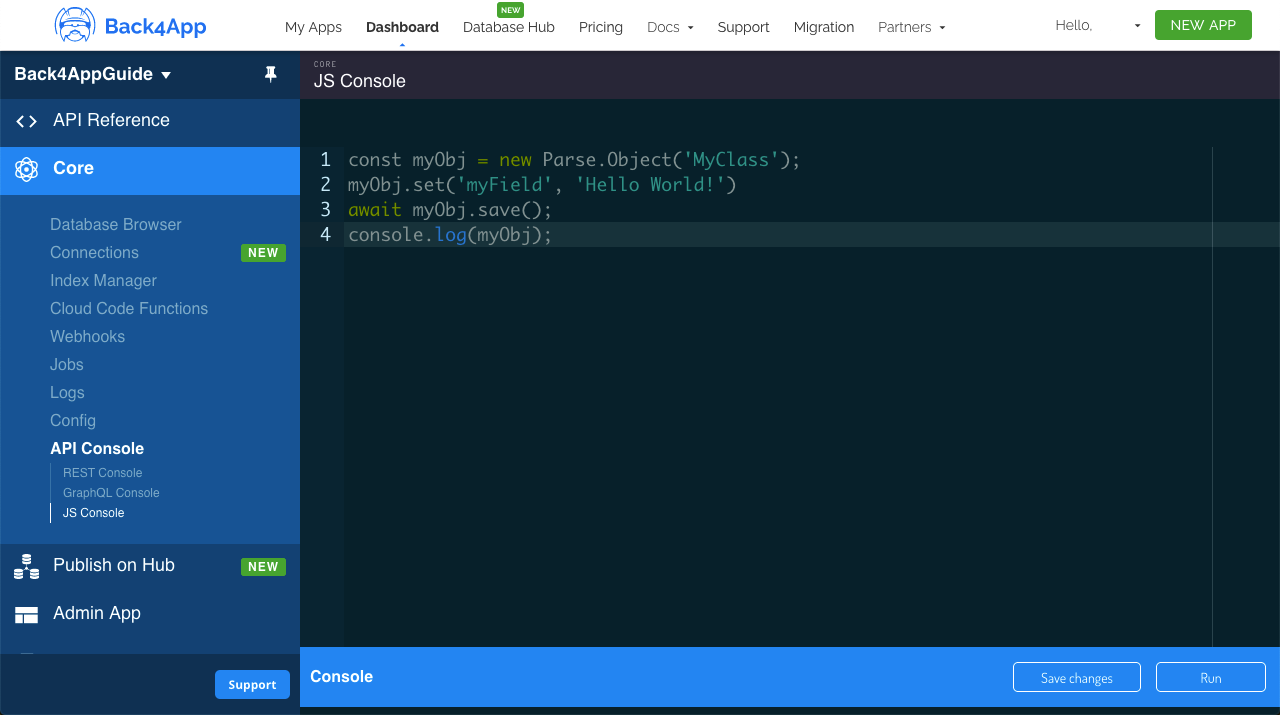 Go ahead and create the City class with the following example content:

Let’s now query using the method Parse.Query.withinKilometers, which will retrieve all results whose GeoPoint field is located within the max distance. Kingston will be used once again as a reference and the distance limit will be 3000 km.

Another useful query method is Parse.Query.withinPolygon, which will query results whose GeoPoint field value is within the specified polygon, composed of an array of GeoPoints (at least three). If the polygon path is open, it will be closed automatically by Parse connecting the last and first points.

For this example, you will be using a simple polygon that roughly contains the South American continent, composed of 5 distant GeoPoints in the ocean.

Let’s now use our example queries inside a component in React, with a simple interface having a list showing results and also 3 buttons for calling the queries. The component also retrieves the device’s current location using the navigator.geolocation JavaScript API, so the queries will be using real data, provided that the user didn’t disabled location access in the browser.

This is how the component code is laid out, note the doQuery functions, containing the example code form before.

Also add these classes to you App.css file to fully render the component layout:

This is how the component should look like after rendering and querying one of the query functions: 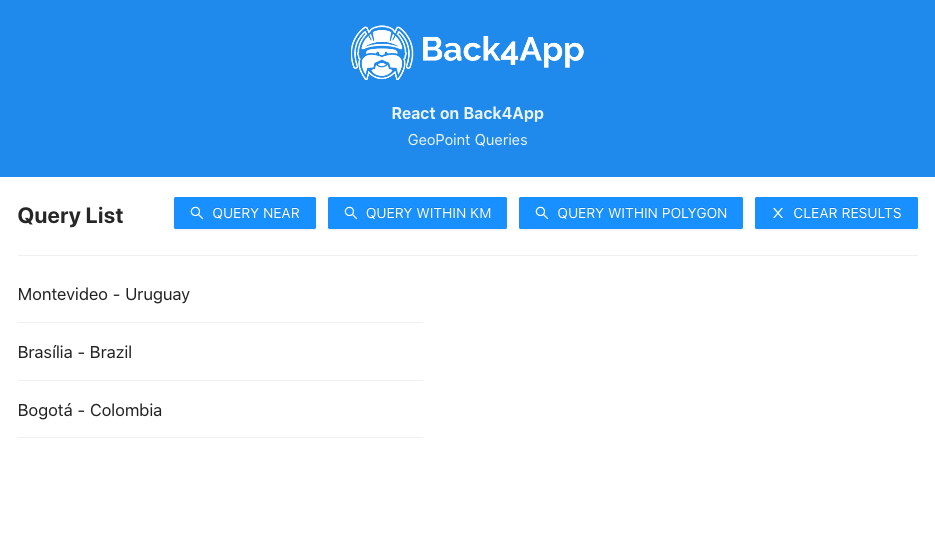 At the end of this guide, you learned how GeoPoint data queries work on Parse and how to perform them on Back4App from a React application. In the next guide, you will check how to create and manage users in Parse.