MyStream is an application template that will help you develop a social network application.

If you are looking for an application template that will help you develop a social network application through the flick of your hands, MyStream should definitely be on your mind. Because if it isn’t, you aren’t being efficient in your development game. Here are multiple features of MyStream that you should know about: 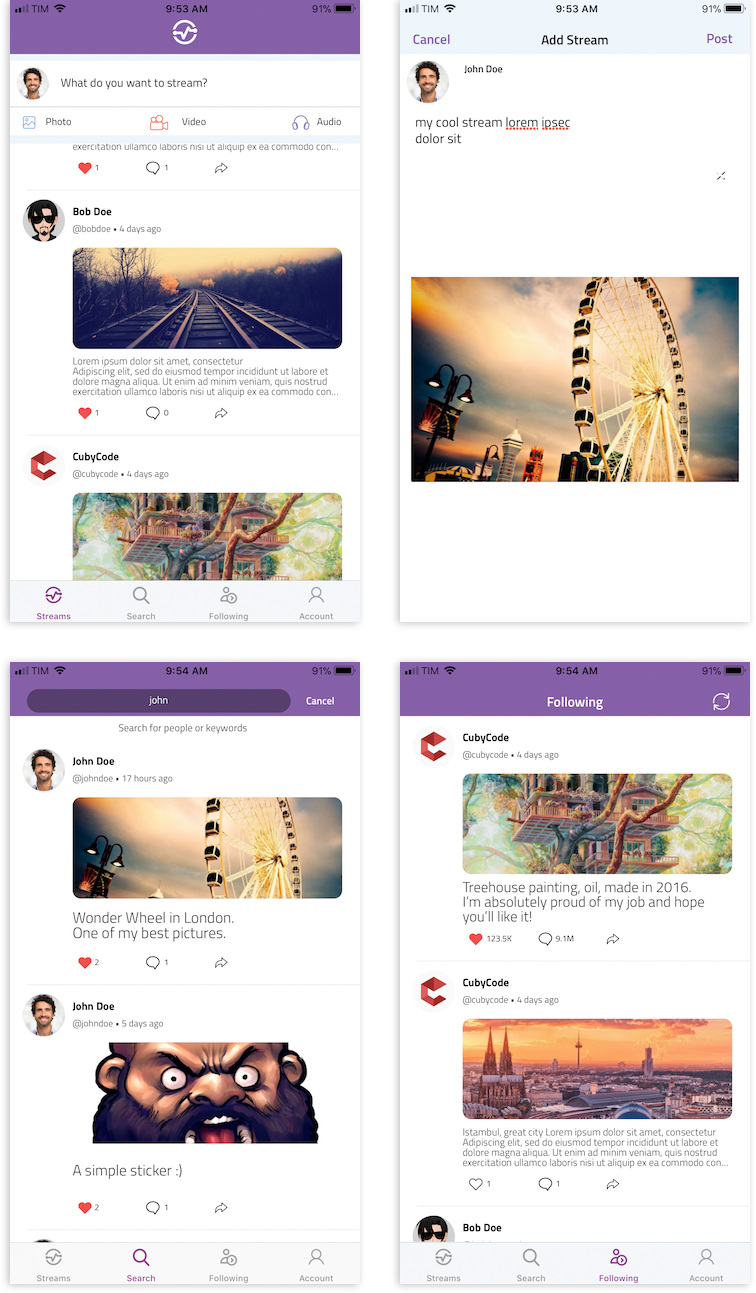 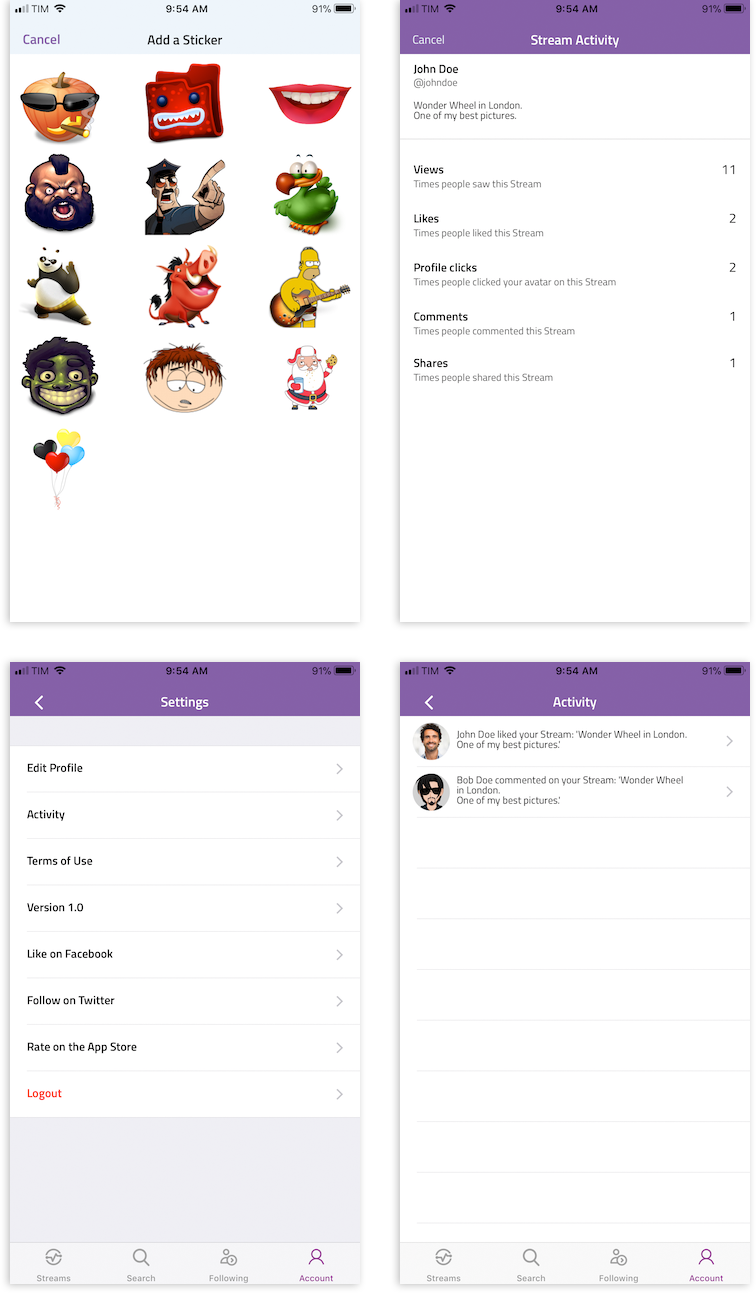 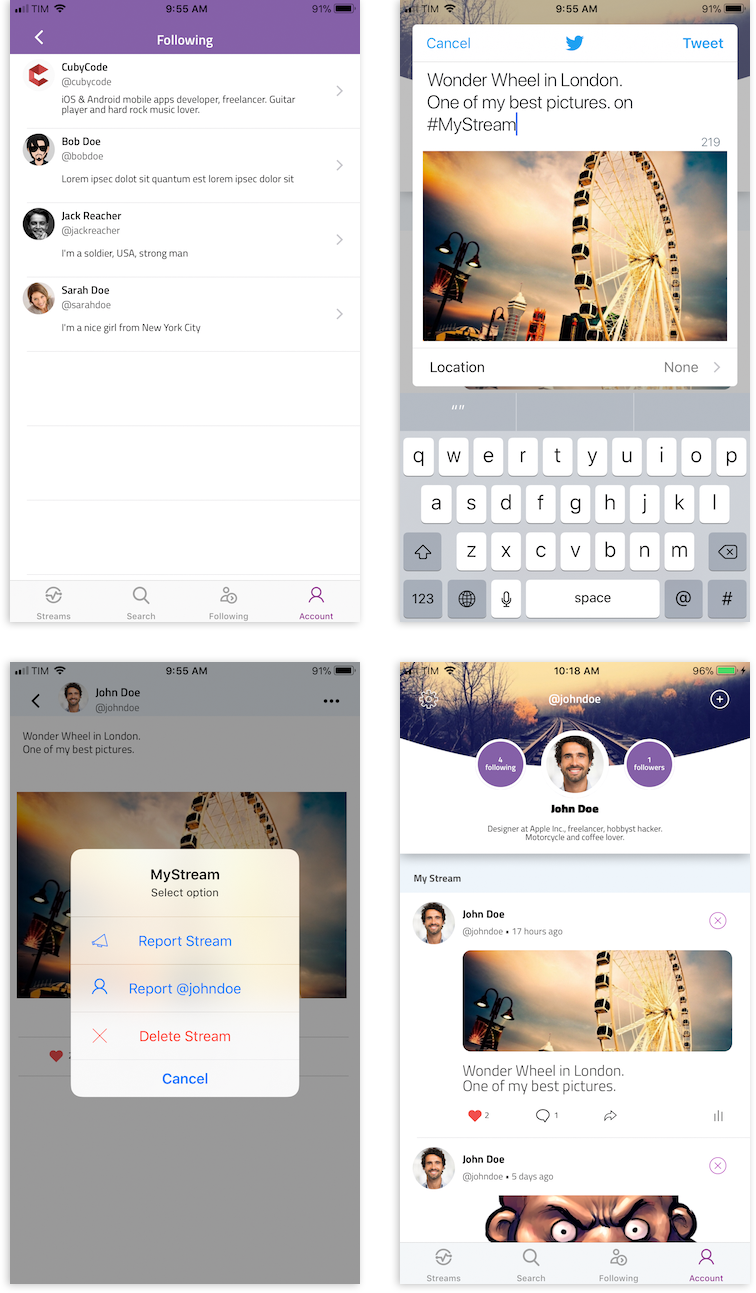 You, the owner/developer, will have access to a personal dashboard, where you will be able to analyze all kinds of content the user posts. You will be able to take action whenever you want too. Each dashboard can also be customized, depending on whether or not you are able to properly develop a dashboard yourself or not.

Parse is one of the most popular and powerful backend as a service available in the market right now. There is an endless amount of backends, which work directly on top of Parse, and this shows how powerful the backend itself actually is. Because MyStream works on top of Parse, you can easily integrate social media applets on your own custom version of MyStream. If we had to be exact, MyStream uses Back4App, which is based on Parse. Back4App is one of the most popular Parse variants, and there are a lot of applications that use Back4App.

MyStream is available mainly in a mobile application form, but because it works on top of a PHP script mostly, there is a PHP version available for the web browsers too, where users can browser, comment and like your streaming content. There isn’t much difference between the mobile & web version, except that you can only post streaming content through your mobile application. Users who use the web version of MyStream will not be able to post streams.

Because MyStream’s backend is Parse, you do not need to buy any sort of third-party domain hosting. All the hosting will be done through the Parse servers themselves, ultimately helping you save a ton of money on server and domain hosting.

MyStream is a native XCode project, which means that you – the developer – will be able to easily customize your own version of MyStream. Do note that you will still need a little knowledge about XCode itself to be able to customize MyStream. It has been written in an extremely simple manner, so even a little effort should prove to be very powerful.

Updated every now and then

MyStream recently got updated, with a dozen new features added, and a lot of bugs fixed. This shows that MyStream will eventually get better with time. If you don’t like the features right now, consider coming back in a month or two, and checking for new updates.

How to remove AdMob ads?

For this, you have to find the “INTERSTITIAL AD IMPLEMENTATION” section in the code and comment or remove that section.

What if the Demo application has crashed on setup?

Make sure the minimum android version of the device is 5 and then install the application. If the problem has not solved still then you can contact our support service by sending a screenshot of the problem for better understanding.

Which android studio version is required to edit this application?

It is always recommended to use the latest android studio version to edit this application because we always update our applications to the latest IDE version.