This audio chat app template works for the Iphone and Android devices. The main feature is the audio recording.

If you are looking o make a small, unique application that lets you send audio messages out in the public, BuzzIt is the application for you. If you have ever used any social media applications, you would know how tough it is to convey your message out to the public over text. Text cannot exclaim your feelings, but your voice can. BuzzIt is an application template that is designed around this purpose. It might be the next social media revolution that we all needed. Here are some features of BuzzIt: 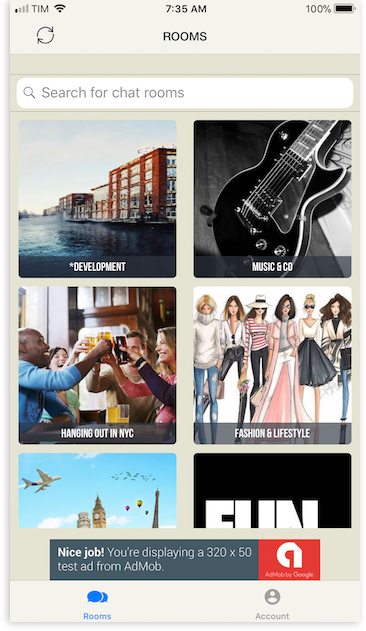 BuzzIt has been recently updated with the new modern iOS applications design. The new design isn’t only just beautiful, it is also very comfortable to look at, and will let users enjoy using the application on a much more regular basis. You can easily modify the UI’s color scheme and much more depending on your knowledge in XCode. BuzzIt uses a transparent background for the home shortcut by default, but you can change it depending on your demands.

Sometimes the user doesn’t want to talk in public, but just want to talk to someone in private. BuzzIt allows the user to create private rooms where they will be able to chat, without any hindrances. The developer can also implement a paywall here, if they want. But they will have to purchase an extended license to do so.

There are a lot of smaller properties that shows why this application template is much better than many other “clones” in the market: